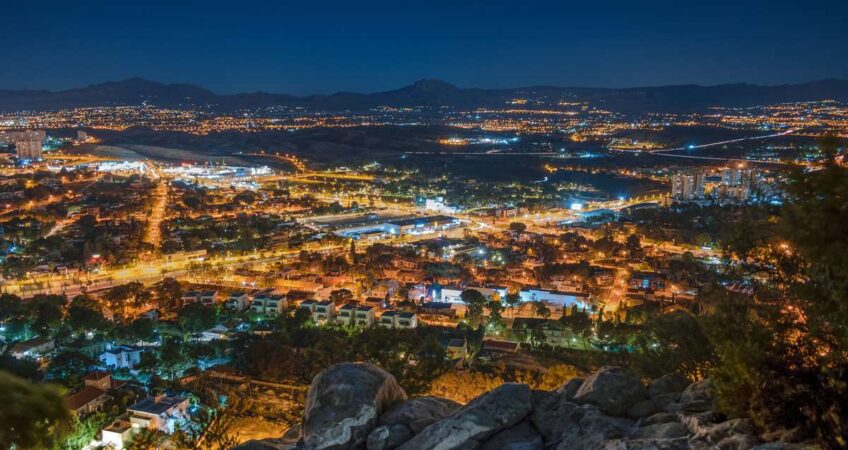 The European Investment Bank (EIB) and the region of Valencia have signed a €50 million finance contract for Ferrocarrils de la Generalitat Valenciana (FGV), a public company owned by the regional government responsible for operating and managing regional railways, the Valencia metro network and the Alicante tram.

The loan is the first tranche of approved financing totalling €300 million to enable FGV to modernise and expand its railway infrastructure, and to improve its fleet by purchasing new rolling stock and modernising its existing units. The Valencia-based operator is therefore investing in improvements to increase the coverage, quality, safety and accessibility of public rail transport services.

The main added value of this operation is the increased use of sustainable and accessible public transport, cutting the number of private car journeys and promoting intermodality and a shift to sustainable and low-carbon modes of transport. The project will deliver environmental benefits in urban and suburban areas by reducing road traffic congestion, atmospheric pollution and greenhouse gas emissions. The investments financed include the implementation of new technologies, such as the ‘NaviLens’ system, which will facilitate orientation for the visually impaired in all Metrovalencia and Alicante tram stations and carriages.

Investment will also be made in measures to improve accessibility for passengers with reduced mobility and in the replacement of all incandescent Metrovalencia signage with more efficient and sustainable LED lighting. The project includes relevant infrastructure actions, such as track duplications and electrification of sections of the Alicante tram network, as well as relevant investments in digitalisation, such as the installation of video surveillance equipment and communications systems in the Metrovalencia fleet.

The agreement was signed today by EIB Vice-President Ricardo Mourinho Félix and Minister of Finance and Economic Model for the Valencia region Arcadi España. Minister of Land Policy, Public Works and Mobility for the Valencia region Rebeca Torró also attended the meeting. Following the meeting, the EIB delegation visited Bailén station and the pedestrian connection to the Alacant stop.  The EIB team also travelled on the new Metrovalencia line 10 to the Amado Granell stop.

EIB Vice-President Ricardo Mourinho Félix stressed the following points: “We are delighted to be working with the Valencia region once again on a strategic transport investment set to have a major impact on local residents and visitors. With the need to transform the sector in mind and as the EU climate bank, the EIB is promoting projects developing an urban mobility model sustainably and efficiently meeting user requirements. Transport plays a key role in the modern economy and this operation will enable Ferrocarrils de la Generalitat Valenciana to provide clear social and environmental benefits.”

Co-financed by the European Regional Development Fund (ERDF) and the Valencia region’s recovery, transformation and resilience plan (NextGenerationEU funds), the project includes investment in various areas such as safety, digitalisation, modernisation and increased transport capacity. This investment plan is a key component of the priorities covered in the Valencia region’s UNEIX 2018-2030 mobility and infrastructure strategy, the Valencia 2030 climate change and energy strategy, and the region’s various metropolitan mobility plans (PMoMe).

The EIB has its own Transport Lending Policy, revised in July 2022. This update is in line with the Climate Bank Roadmap and its overall framework is inspired by initiatives such as the European Green Deal, the goals of which include a carbon-neutral Europe by 2050. The policy outlines the priorities aiming to identify the eligible investments that are most effective at addressing the challenges of the sector, and that will therefore have a greater impact on its shift to a more sustainable model.

Safe, accessible, green and efficient (SAGE) are the four key and interdependent pillars of sustainable transport. Among the priorities associated with these pillars, this operation stands out for being linked to both transport infrastructure resilience (including the rehabilitation and improvement of existing assets) and the development of smart transport systems, in addition to other priorities.

This operation is the result of the close partnership between the EIB and the Valencia region, where the EU bank has financed multiple projects since 1988. Notable examples include strategic infrastructure such as the Valencia metro and Alicante tram. The last loan agreed between the two parties went towards the reconstruction of infrastructure affected by a weather phenomenon described as “isolated high-altitude depression” – or a “DANA” as it is known in Spain – that occurred in late 2019 and by Storm Gloria in early 2020.