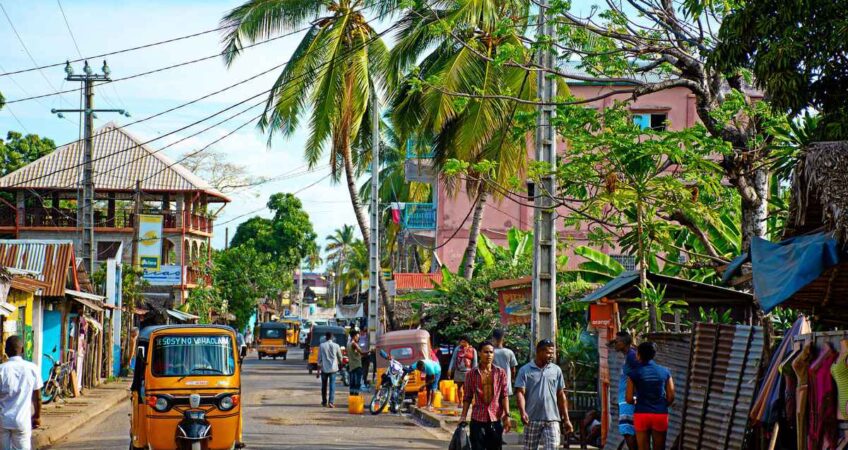 Rio Tinto has signed a power purchasing agreement for a new renewable energy plant to power the operations of its QMM ilmenite mine in Fort Dauphin, Southern Madagascar.

This project, which uses solar and wind energy, will significantly contribute towards Rio Tinto’s operations in Madagascar achieving its carbon neutral objective by 2023. The project is part of a broader initiative to reduce the ilmenite mine’s environmental footprint which includes programmes that focus on emissions reduction, waste and water management, carbon sequestration, ecological restoration and reforestation.

The renewable energy plant, to be built, owned and operated by independent power producer, CrossBoundary Energy (CBE), over a 20-year period, will consist of an 8 MW solar facility and a 12 MW wind energy facility to power mining and processing operations. There will also be a lithium-ion battery energy storage system of up to 8.25 MW as reserve capacity to ensure a stable and reliable network.

It will supply all of QMM’s electricity demand during peak generation times, and up to 60 percent of the operations’ annual electricity consumption. QMM will replace the majority of the power it currently supplies to the town of Fort Dauphin and the community of around 80,000 people with renewables.

The renewable energy plant will comprise more than 18,000 solar panels and up to nine wind turbines located in the Port Ehoala Park area. Construction is expected to begin this year with the solar plant scheduled to start operations at the beginning 2022. The wind power plant is planned to commence construction early 2022 and become operational by the end of 2022.

QMM President Ny Fanja Rakotomalala said: “This project is a strong example of our commitment with the Government of Madagascar to the sustainable development of the region. On a sunny and windy day, all the electricity needed by QMM and the Fort Dauphin community will be generated by the Malagasy sun and wind. It is a major step forward on our journey towards a truly sustainable mine, that protects and promotes the uniqueness of Madagascar’s environment and benefits the community with reliable and clean electricity.”

Secretary General, Ministry of Energy and Hydrocarbons of the Republic of Madagascar, Andriatongarivo Tojonirina Andrisoa, said: “The Government of Madagascar is committed to the energy transition and to setting up Madagascar to be energy independent, as stated in the President’s Initiative pour l’Emergence de Madagascar (IEM). QMM’s renewable energy project, technically ambitious with two installations dedicated to solar and wind, is fully aligned with that vision. It makes Madagascar a global reference point for the use of renewable energy to supply clean, reliable power in the mining sector and other industries, and to the community.”

CrossBoundary Energy Co-founder and Managing Partner Matt Tilleard commented: “Emissions from electricity use in mining is estimated to account for around 1% of all greenhouse gases globally. Rio Tinto is leading the way in demonstrating how mines can seize a huge opportunity to reduce these emissions. We are focused on delivering cleaner power to businesses and were therefore able to offer Rio Tinto a flexible, fast, all-equity funding approach, combined with our reliable track record as one of Africa’s largest distributed renewable utilities.”

QIT Madagascar Minerals (QMM), is a joint venture between Rio Tinto (80%) and the government of Madagascar (20%). It is located near Fort Dauphin in the Anosy region of south-eastern Madagascar, and primarily produces ilmenite which is a major source of titanium dioxide, predominantly used as a white pigment in products such as paints and paper.

QMM includes the deep-water Port d’Ehoala, where the raw material is shipped to the Rio Tinto Fer et Titane plant in Canada and processed into titanium dioxide.